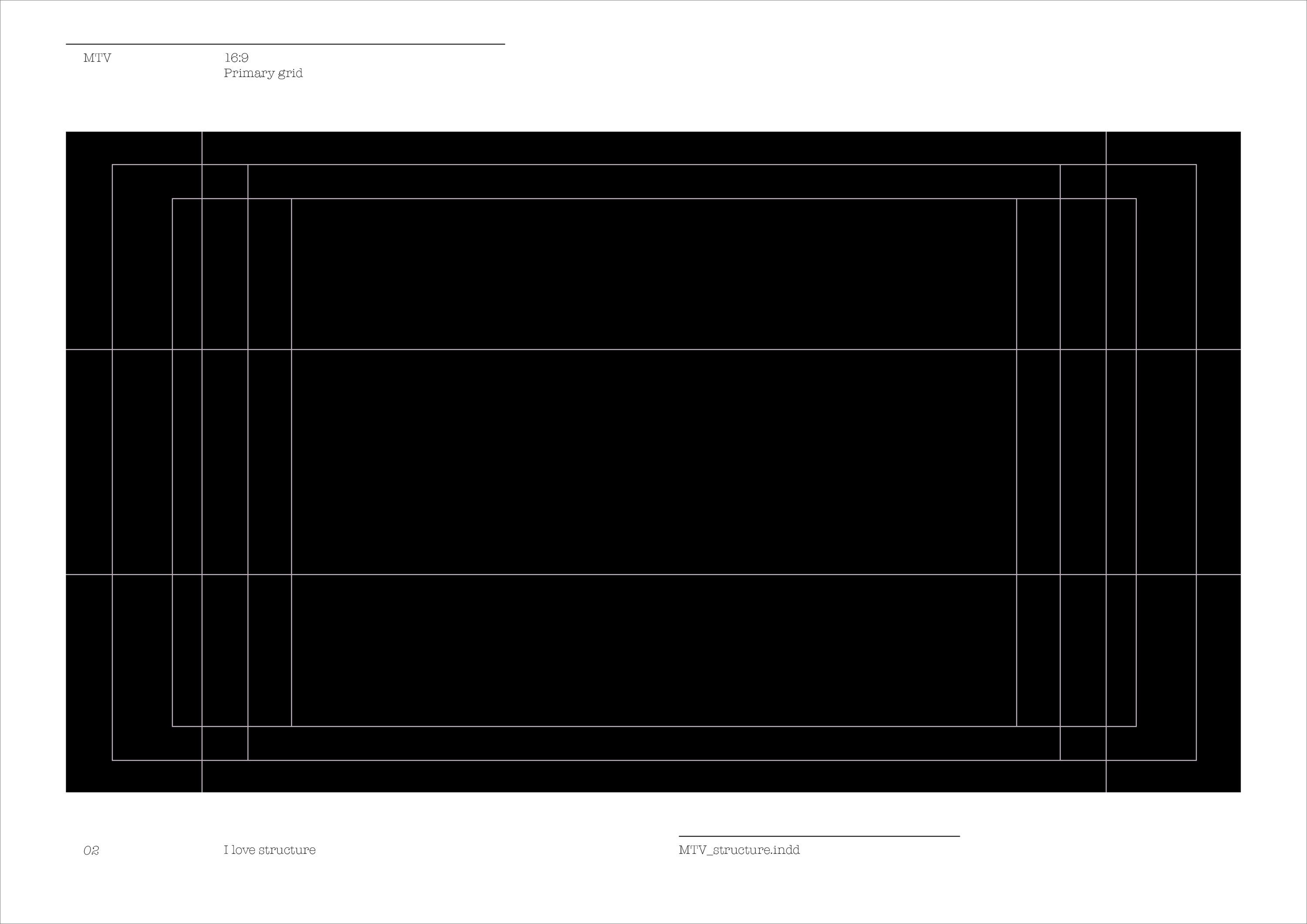 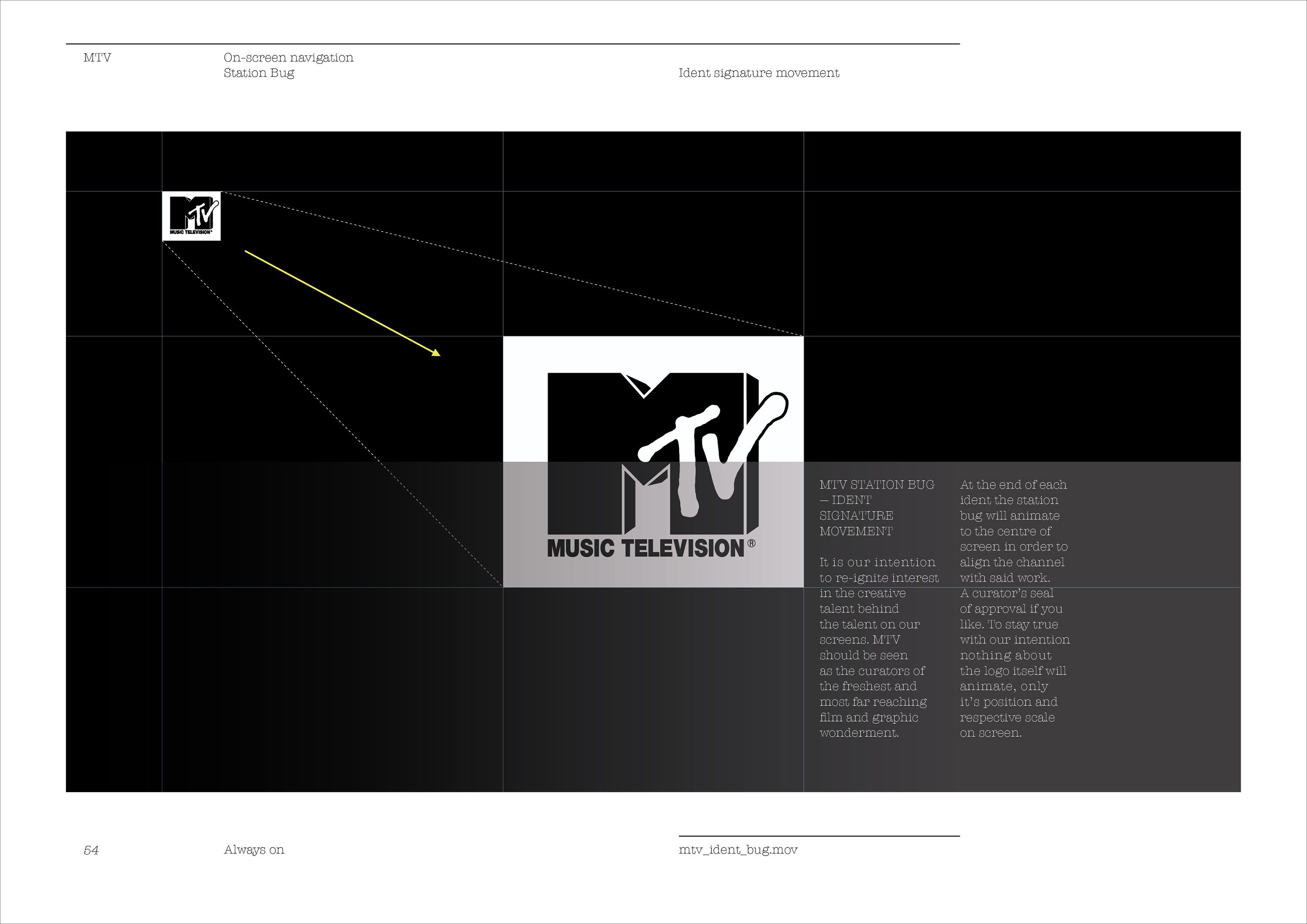 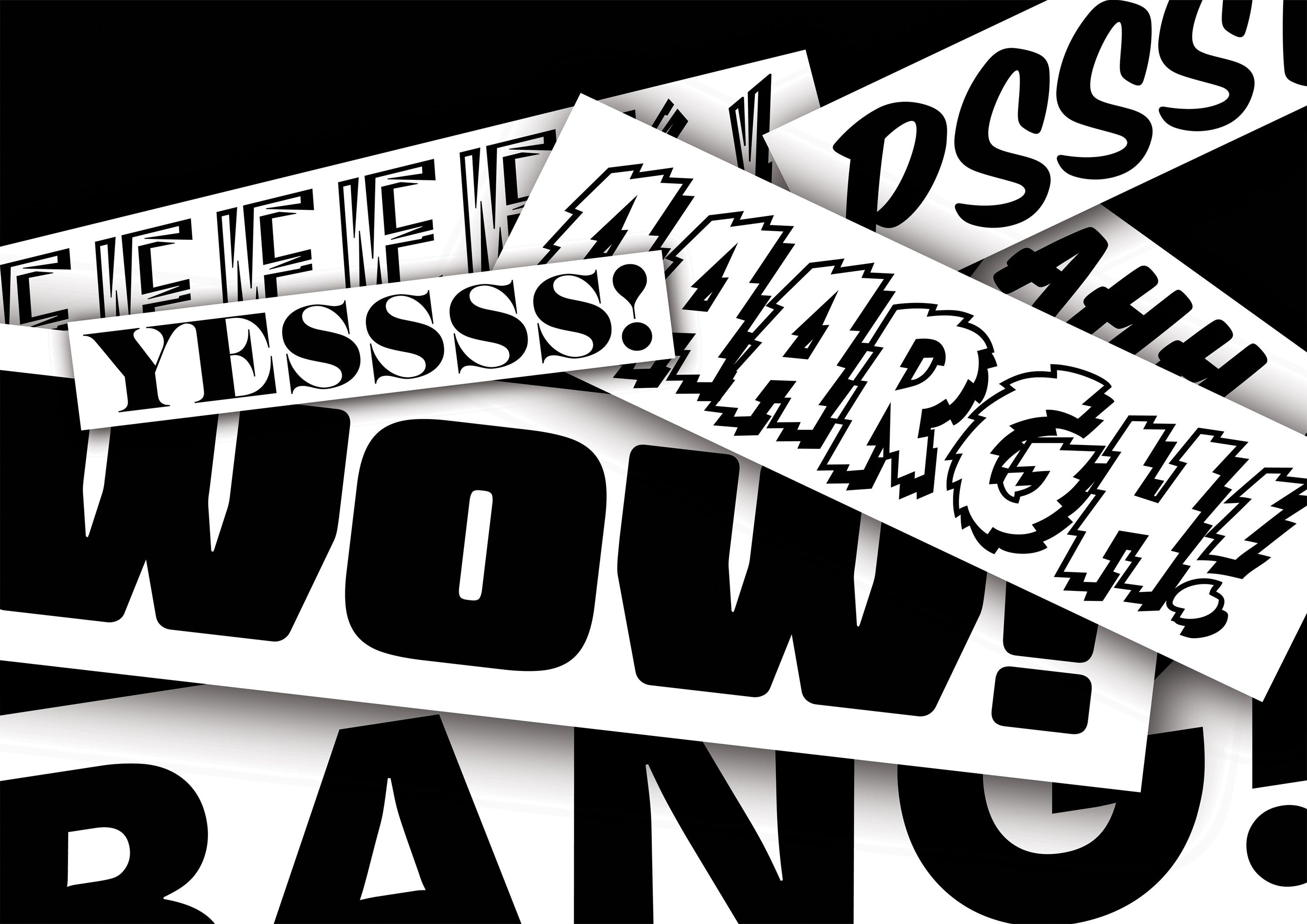 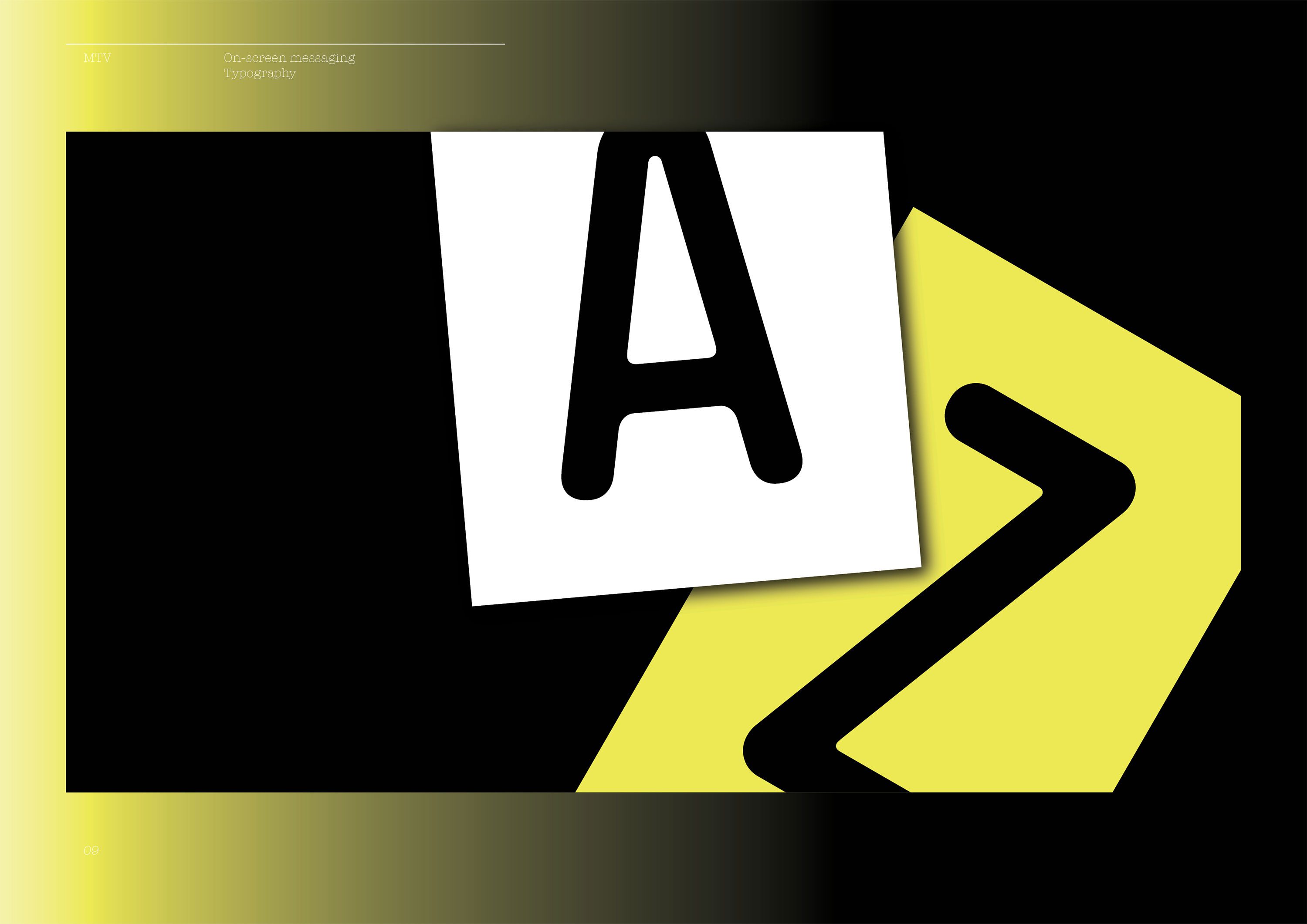 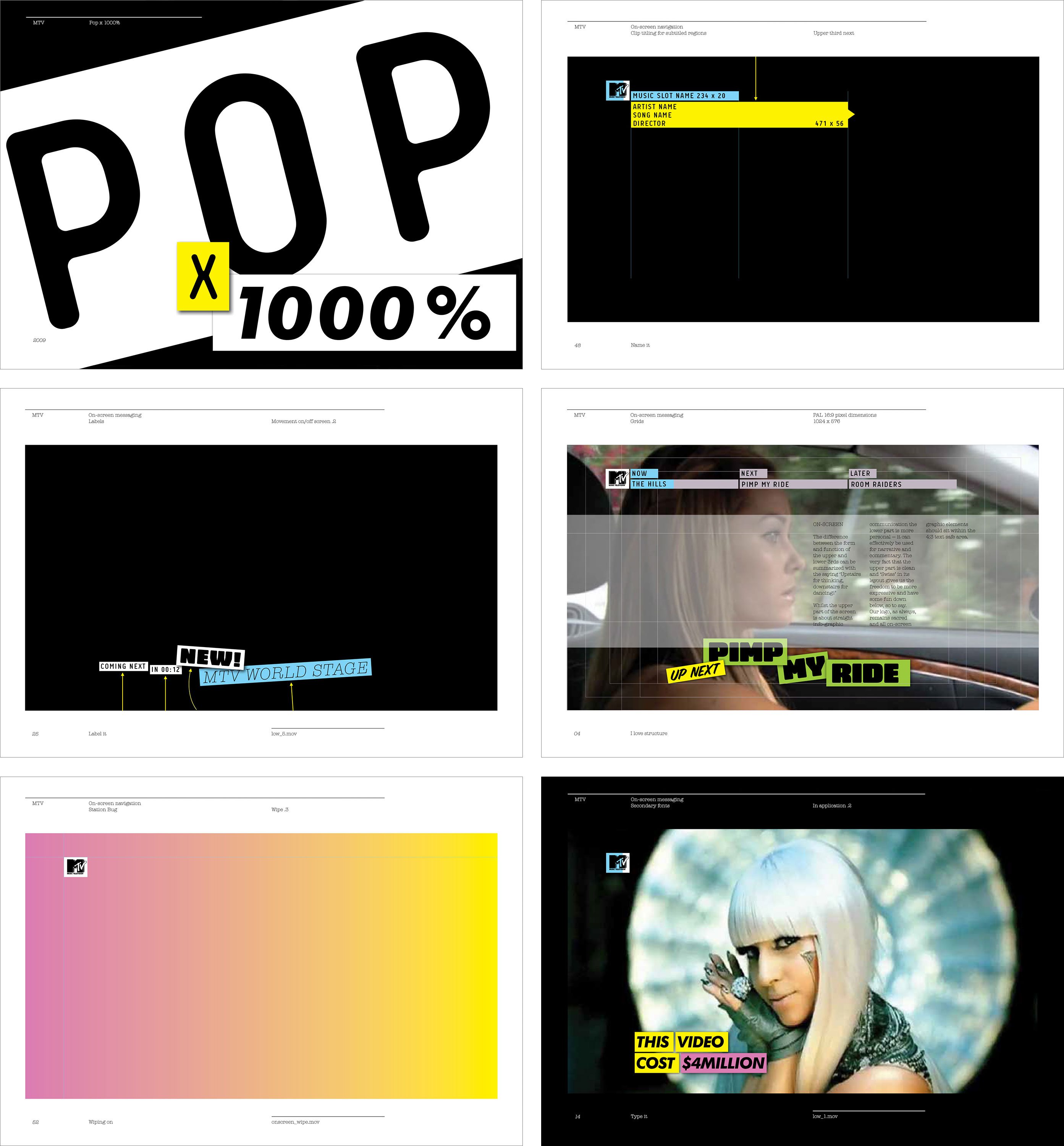 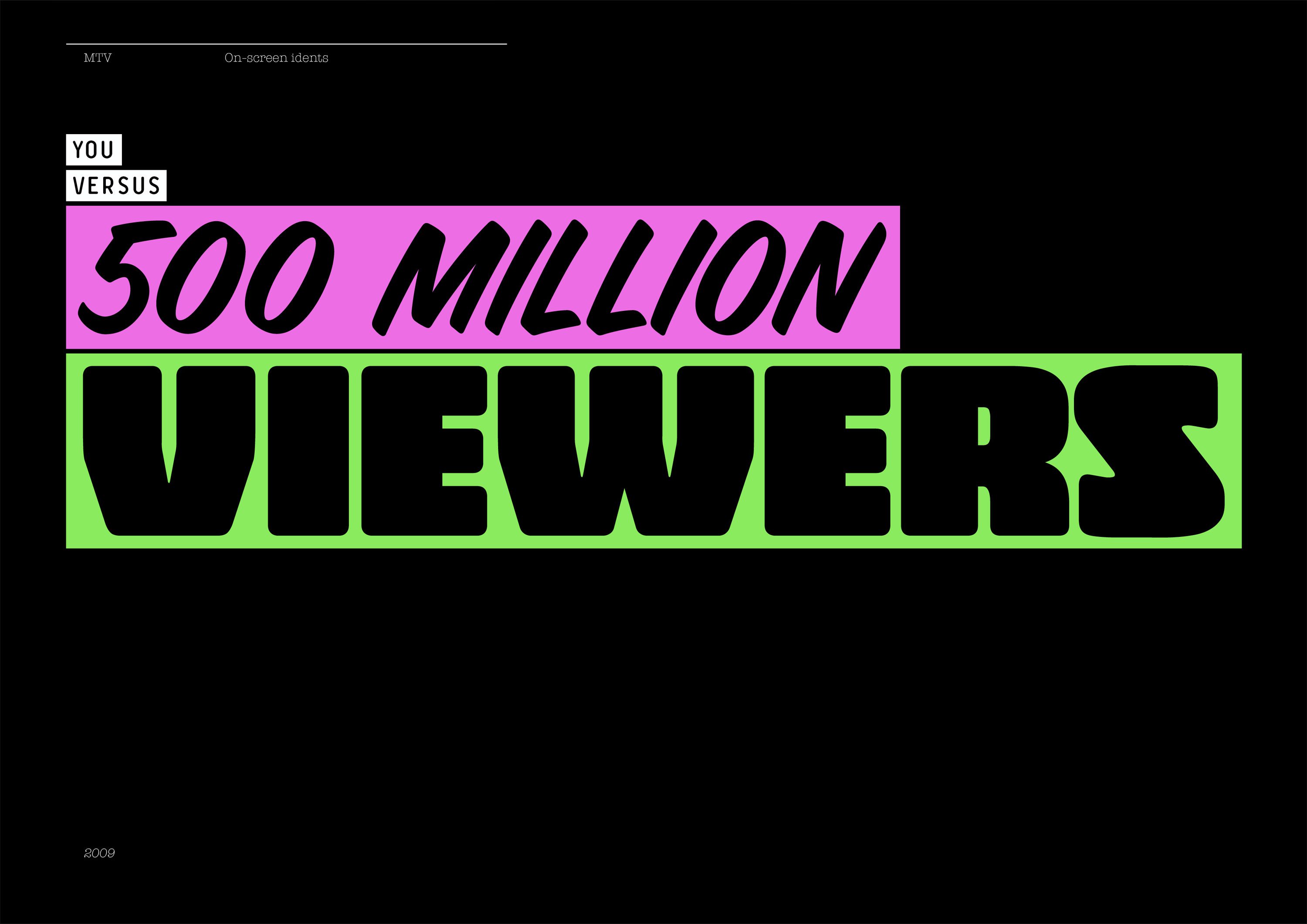 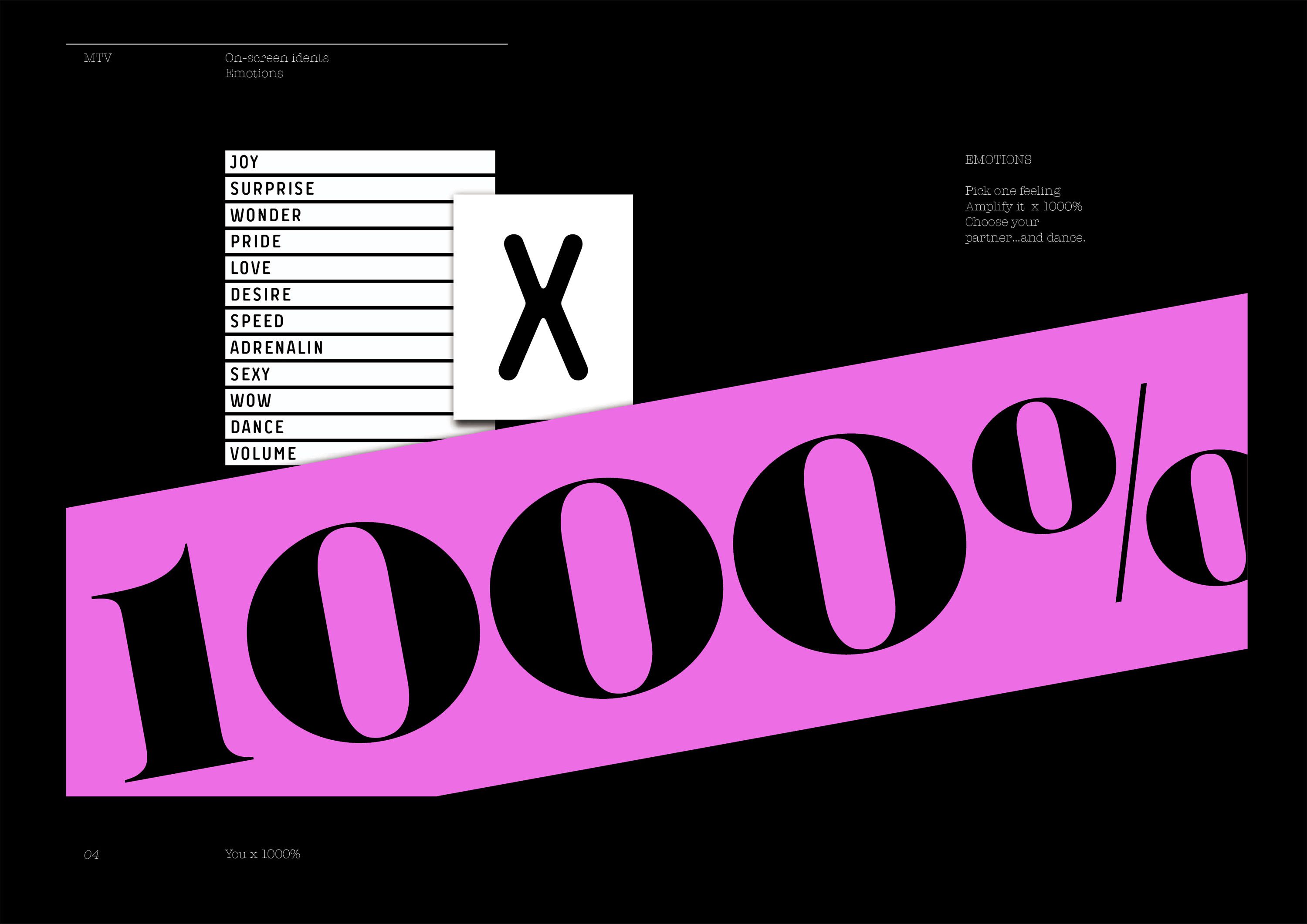 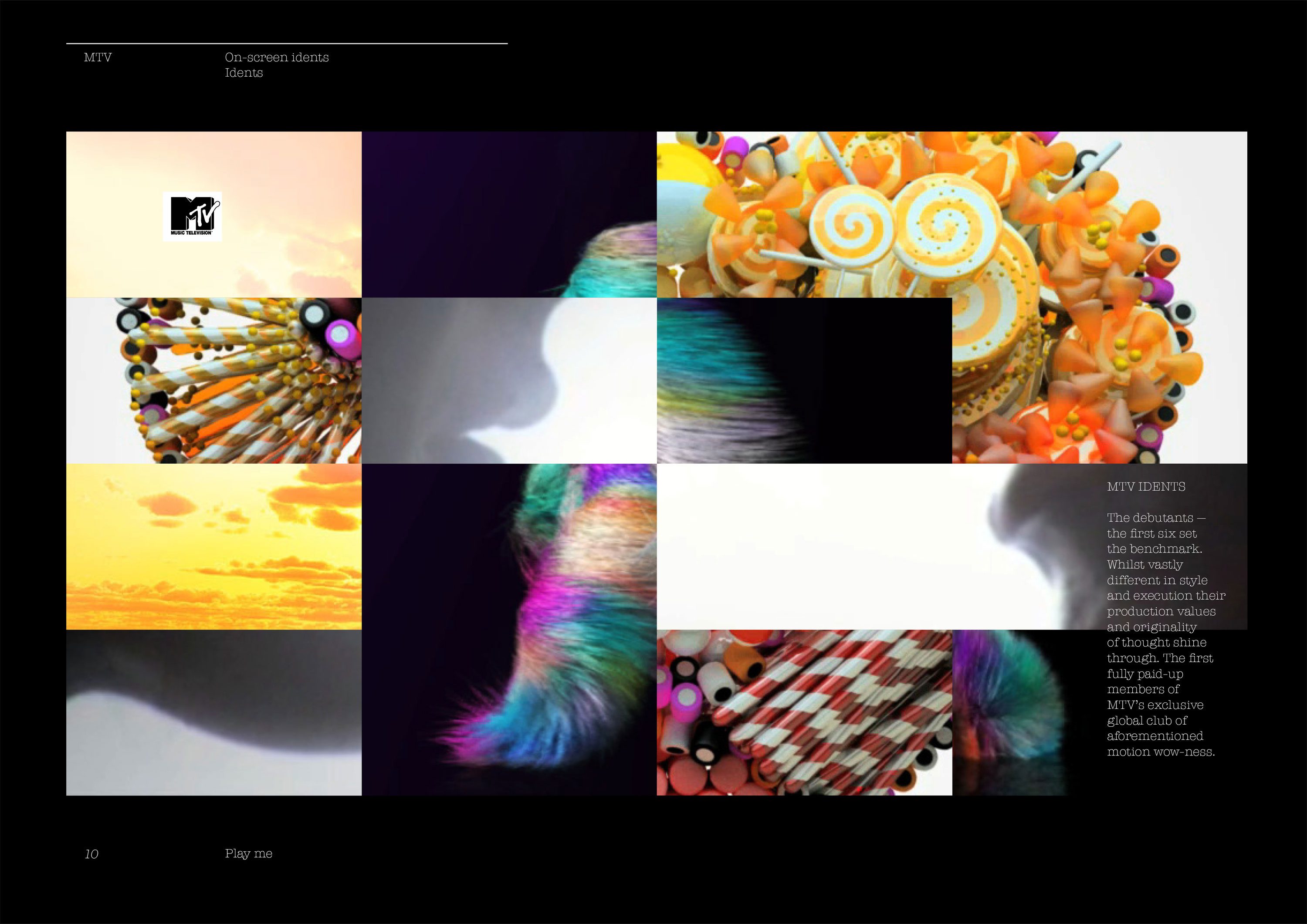 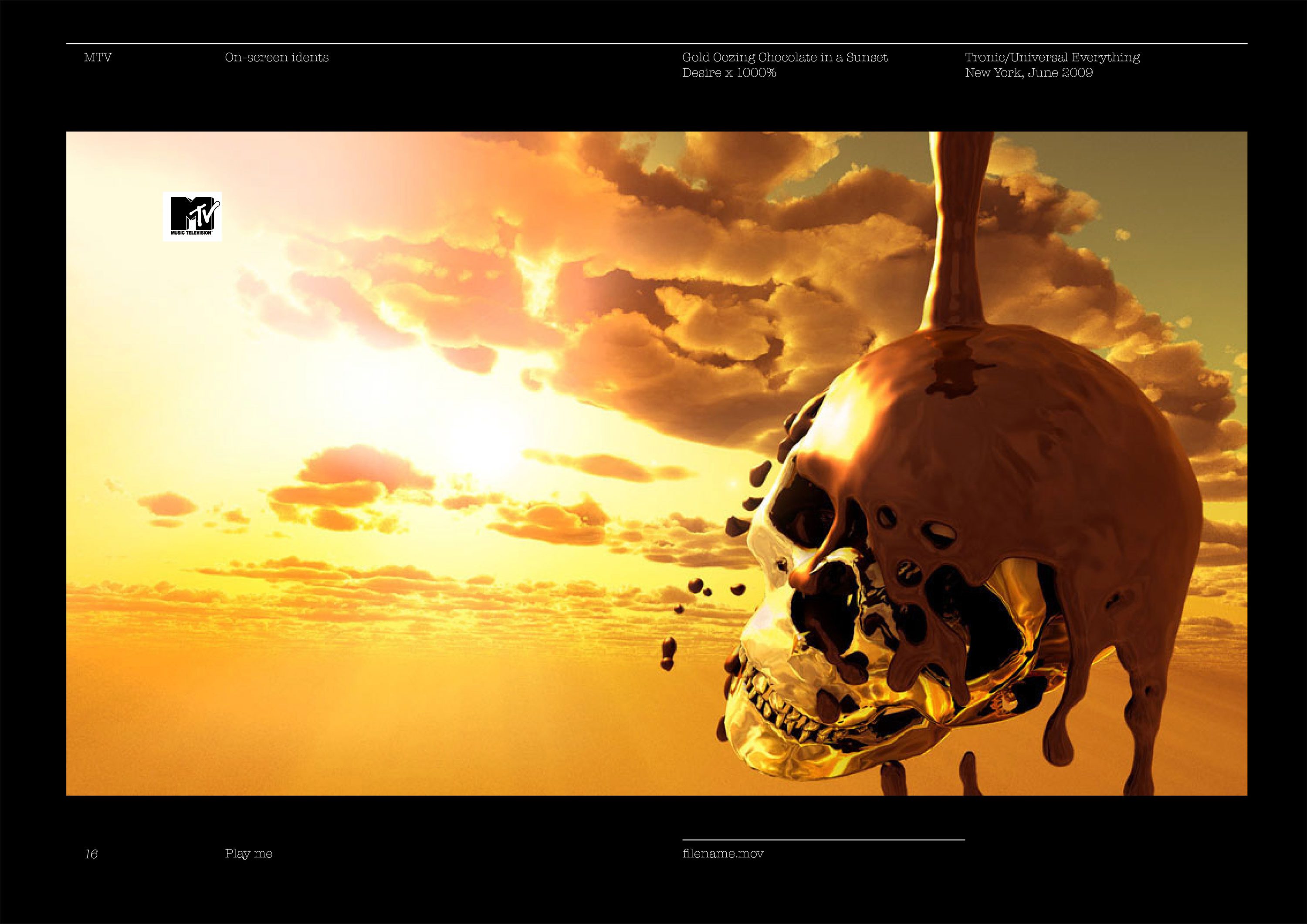 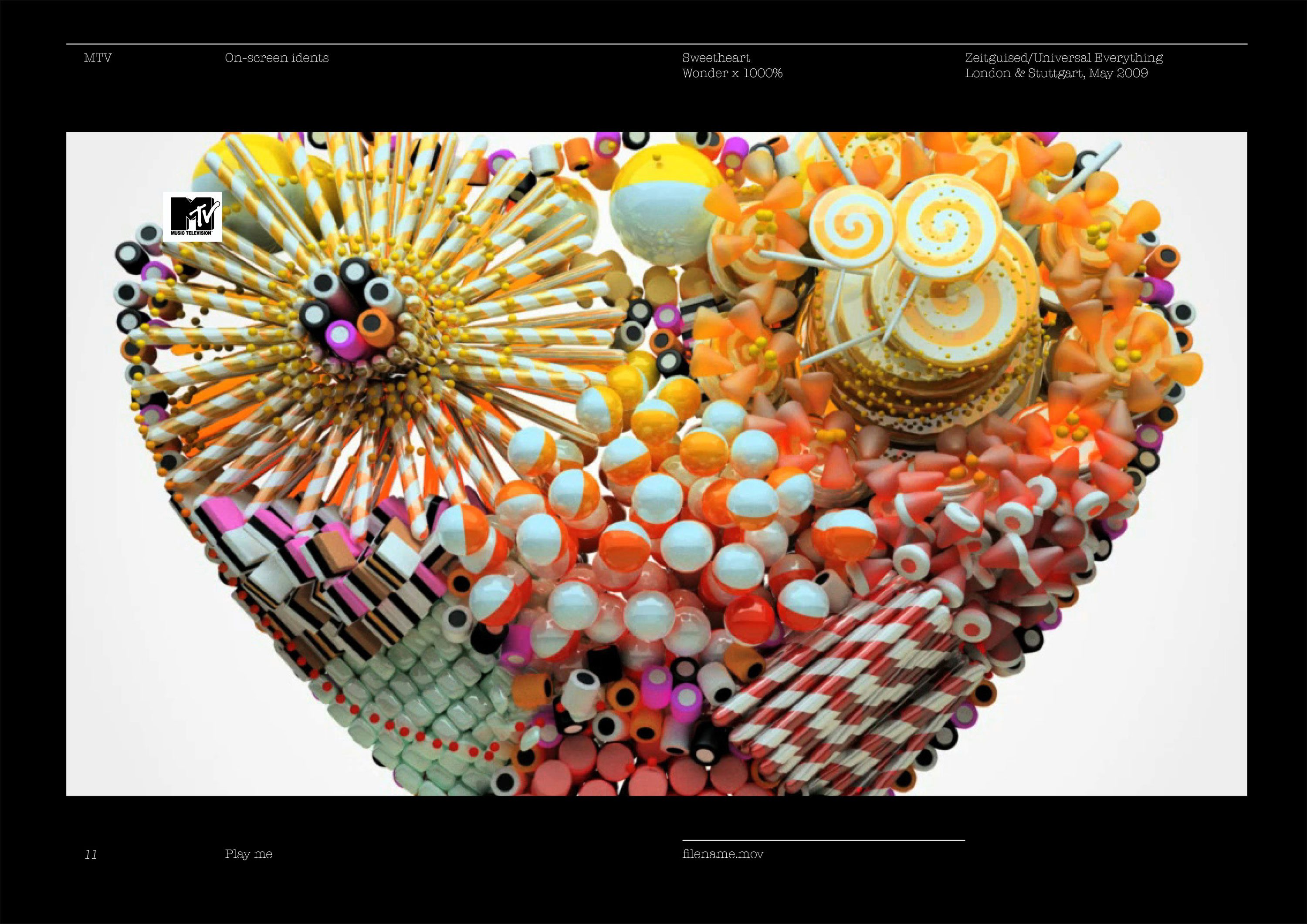 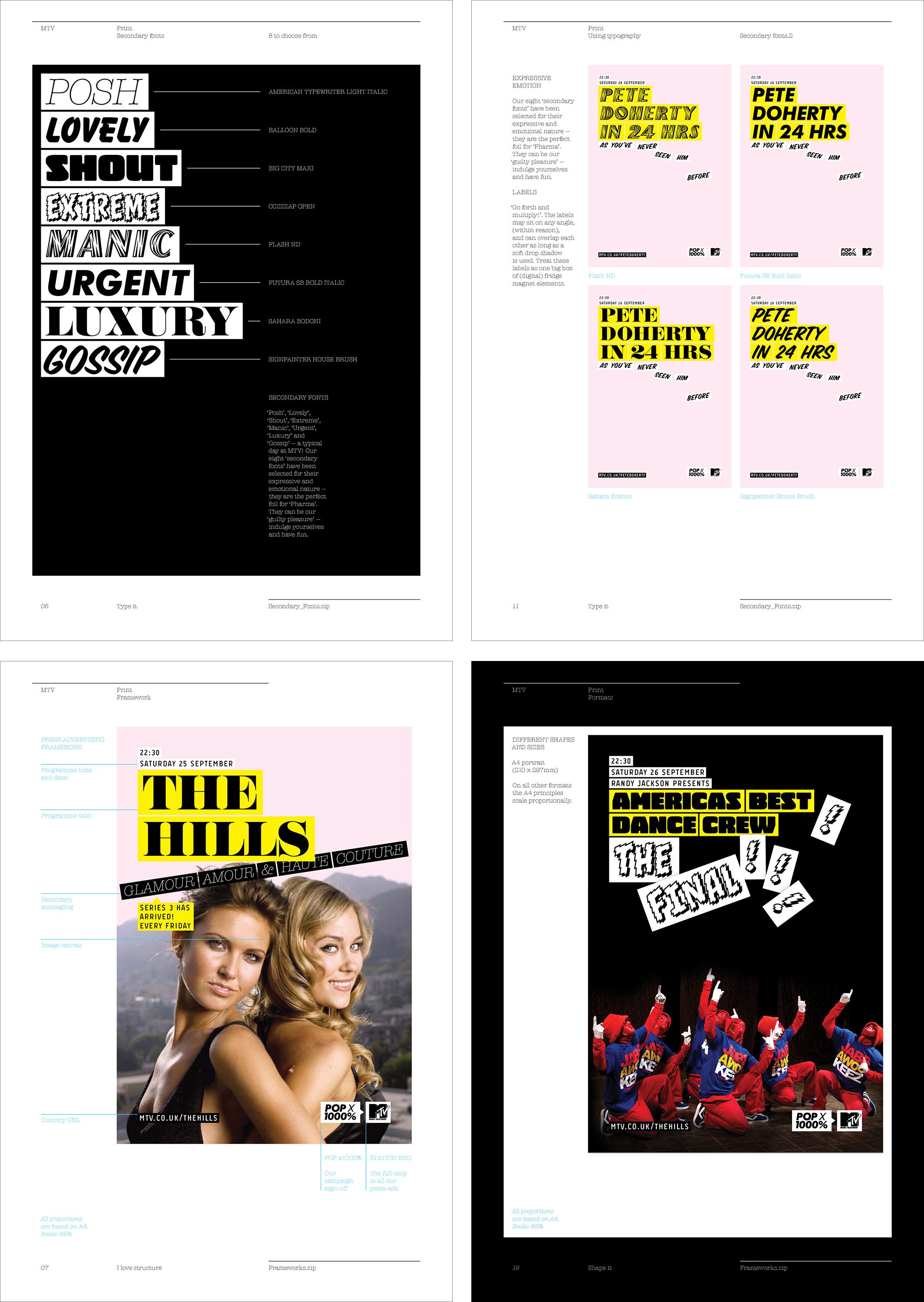 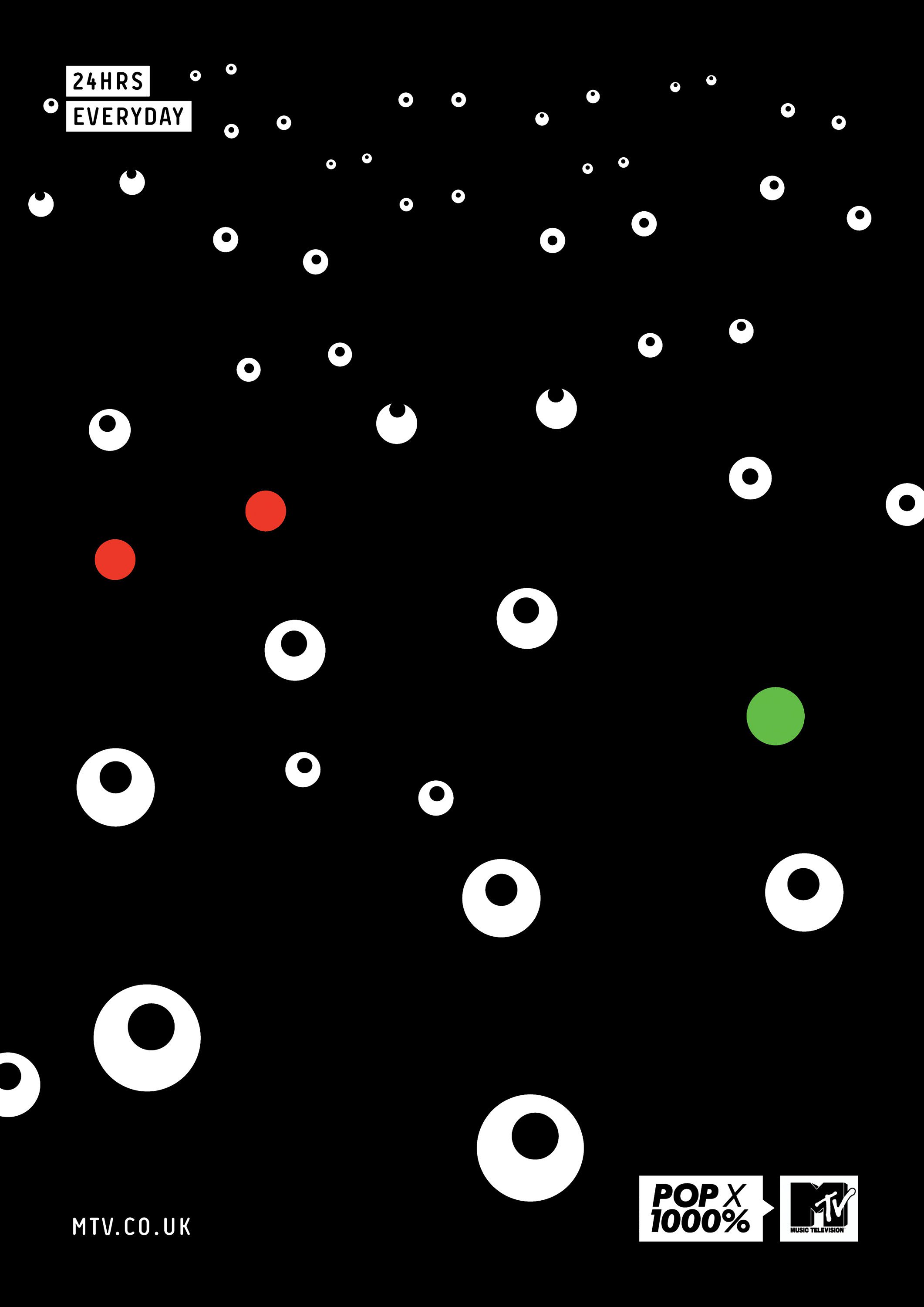 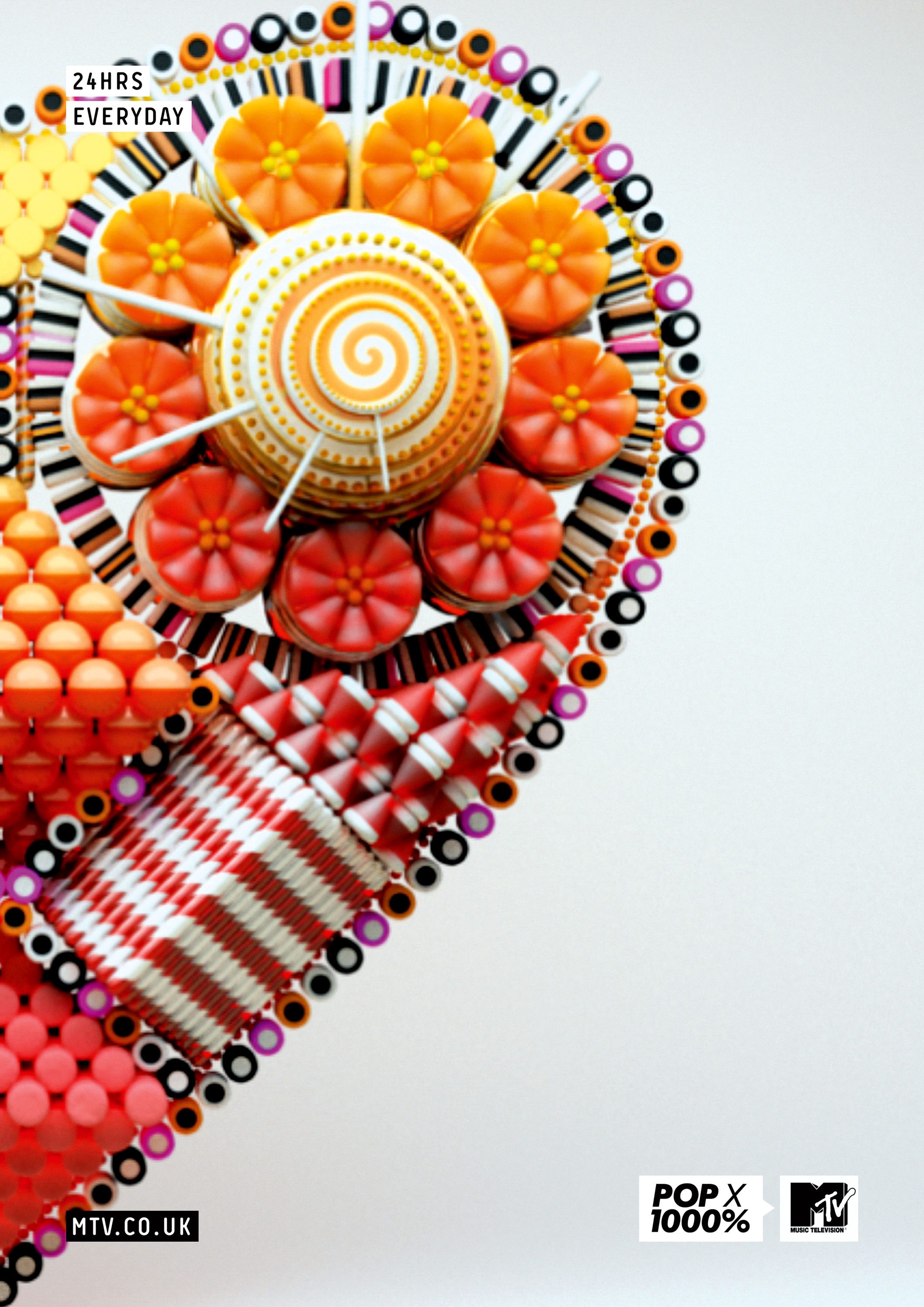 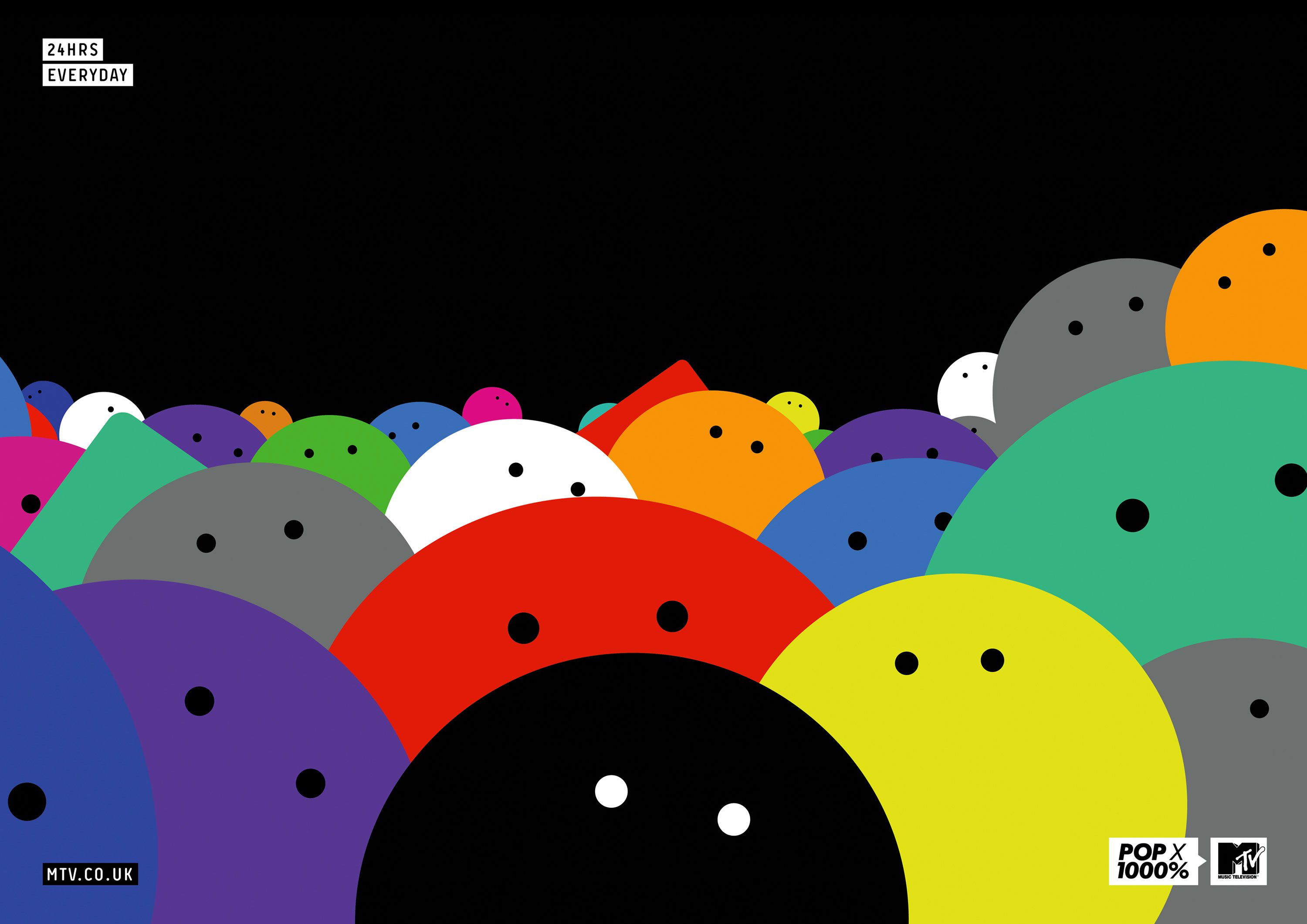 Universal Everything were asked to create an international re-brand for MTV, the first ever for the non-US network. For 27 years MTV has challenged the norm and denoted the boundaries. The task was to re-establish the iconic brand as the one-and-only for pop culture. The ‘viewer’ is dying, long live the ‘user’.

We were commissioned by Universal Everything, to communicate the digital re-brand ‘Pop x 1000%’ where a range of emotions are pushed to the extreme; Joy x 1000%, Speed x 1000%, Love x 1000%… through a set of four international styleguides. We designed a 16:9 grid that stayed true to the medium of screen and aligned the two core visual themes of the re-brand — the logo, which is ‘always on’ and a ‘universe of content beyond the screen’.

Having collaborated previously with Universal Everything, we were invited to be part of something that hadn’t happened for 27 years. MTV is an iconic movement in the world of pop culture and so we jumped at the chance of helping Matt Pyke, founder of Universal Everything, wherever possible in order to be part of this exciting and momentous re-brand.

MTV
/
About the project